You’re probably wondering why this Weekly Wrap-up post is detailing two weeks (if you’re not, just bare with me). The first week was all outlined and appeared like it would be a short post as it was a quiet week, but unfortunately the weekend got away from me. Fast forward another week and we have a bunch of content to go over! One of these days I’ll get into a routine with these wrap-ups, but without further delay here is the Weekly Wrap-up for April 13th to the 26th. 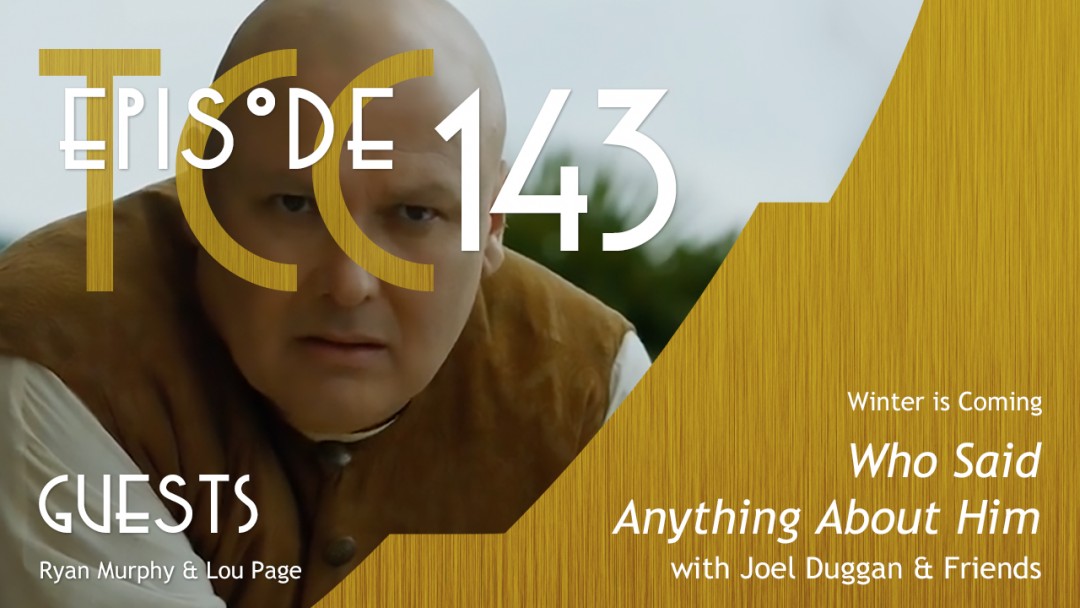 The Citadel Cafe is a podcast hosted by Joel Duggan, who you may recognize as the designer on a majority of the websites I produce. During the weeks when HBO is premiering a new season of Game of Thrones he goes into full on spoiler mode for his Winter is Coming segment. For the season 5 premiere I guested on the show and we geeked out about the return to Westeros. Alongside the Game of Thrones spoilers there are some Netflix’s Daredevil spoilers, so be wary!

ZAMP kept it’s weekly routine with Episode 98 featuring Lou’s expanded thoughts on iZombie and Episode 99 seeing the whole crew return to cover Dead Rising: Watchtower (available for free in the US on Crackle). Personally, I’ve only seen the premiere of iZombie and haven’t had a chance to return, but Lou is watching every week and appears to be enjoying the show. I’m looking forward to catching up very soon and sharing my thoughts on the next ZAMP. Dead Rising: Watchtower was a pretty faithful adaptation of the Dead Rising video game franchise. The movie was pretty good too. Not very often you can call a video game movie good, so it has that going for it!

It wouldn’t be a recap of the events during this time period if I didn’t include the second teaser for Star Wars The Force Awakens. If you haven’t seen it yet, don’t worry, I’ll wait here and let you get out from under your rock to catch up. Good? Perfect! The teaser played a big part in our discussion on the last Sleeping With The Elephant. Even though Paul and I have our differences, seems Star Wars had us agreeing for at least half the show.

Life is Strange and Killing Floor 2

Playing video games is one of my favourite hobbies, closely followed by podcasting. Therefore it should come as no surprise that in the last two weeks I played some new games and then talked about them on The Gamers’ Inn! First up, on Episode 164, Jocelyn and I talked about our experience revisiting Elder Scrolls Online after the Free To Play transformation. Also on that episode we discussed our choices in Episode 2 of Life is Strange. If you’re at all into the TellTale adventure games and you’re looking for a new take, be sure to check out Life is Strange. Then on Episode 165 we chatted about Killing Floor 2 and Battleblock Theatre from a recent Game Night outing, followed by a great discussion on Valve allowing paid mods on Steam (which has now been reversed).

For our YouTube spotlight I’ve started a new series showcasing the PlayStation Plus titles for the month on PlayStation 4. New titles will be introduced on May 5th, so there’s still time to enjoy this video AND download the games to your PS4. Enjoy and stay tuned for another PS+ Preview shortly after the 5th of May.