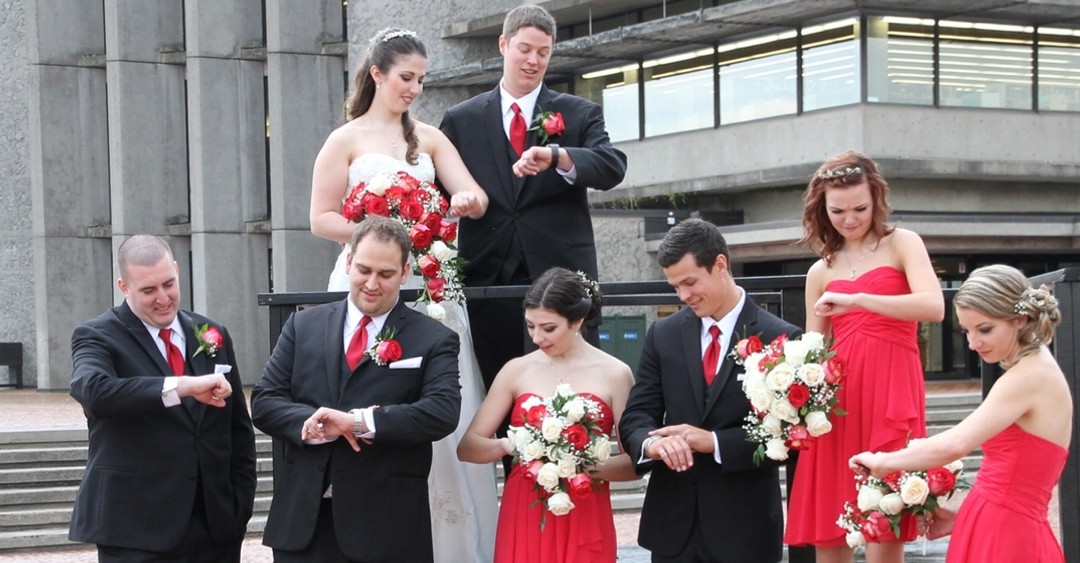 Hard to believe the last update I’ve posted here was four months ago… Very sorry about that folks, life sort of took over in August and has now just quieted down. If you follow me on Twitter or listen to any of the shows I’m involved in, you’ll know in September I got married. It was fantastic event and everyone had an awesome time. Ashley and I are still going through photos, but we did post our highlight video from the big day. Feel free to check it out below!

I’m still planning to collect photos and videos into one handy and appropriate place, which will probably be RyanAndAshley.ca (which is still in pre-wedding mode, working on that). On that note, So I Married A Podcaster is now a monthly show. With the wedding behind us, we’ll check in every thirty days or so, unless something we can’t wait to chat about comes up. That show was always meant to be quite casual, and to be honest, an elaborate ploy to involve Ashley in one of my favourite past times. 🙂

After the wedding and the honeymoon, it was back to work and in my spare time, helping to plan Extra Life with Jocelyn Moffett and James Bartholomeou. If you’re unfamiliar with the annual charity event, it’s a 24 hour gaming marathon in support of Children’s Miracle Network Hospitals. Myself and the Gamers’ Inn team were able to raise $3275 (as of this post) in the name of helping kids. I’m working on getting a portion of the archive online very soon. If you’d like to donate there’s still time! Go to bit.ly/TGI2014 to help the kids, and don’t forget, all donations are tax deductible. You have until December 31st to donate.

Alongside these last few busy months there have of course been many podcasts, so you know I haven’t been completely offline. I’ve also launched a new video series called Preppin the Inn. They’re half hour videos with quick looks at new games and video game related experiences. It’s a great way for me to cover games that don’t necessarily make it on to the podcasts I record. If this interests you, be sure to go to YouTube.com/RyanMurphyCA and subscribe.

And there you have it, the last four months! It’s most definitely an over simplification, but it’s the best way to bridge July’s post to future posts. 🙂 That being said, I’ll be back with a Weekly Wrap-up post this weekend. Stay tuned!